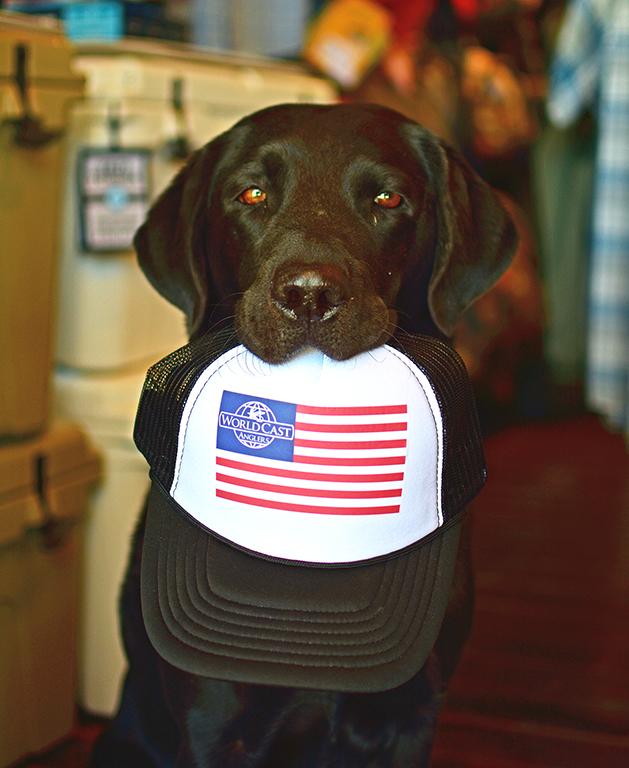 Tui is a black Labrador retriever that hails from the hollows of Middle Tennessee. Always a puppy at heart, Tui calls Victor, ID home with his owner, Mike Dawkins. When not snoozing or eagerly greeting customers at the door; Tui spends his free time joining in on fishing adventures, chasing upland birds or supervising his owner.

Brika the dog that loves stealing your seat in the boat and pointing Robin’s while you float down the river. Never one to discriminate against the natives. And quite possibly the best client you could ever have in your boat. 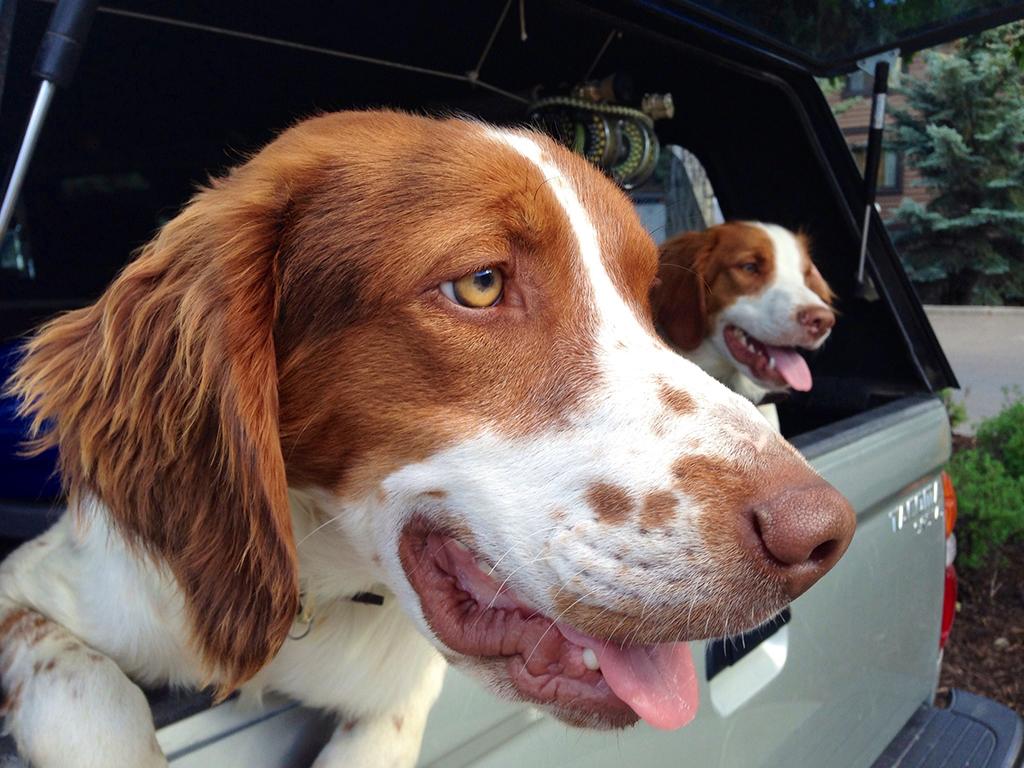 Hoss and Tashi are proud owners of WCA Guide Kevin Emery. These two can be found spending many a day in the field chasing fins and feathers in the surrounding area. 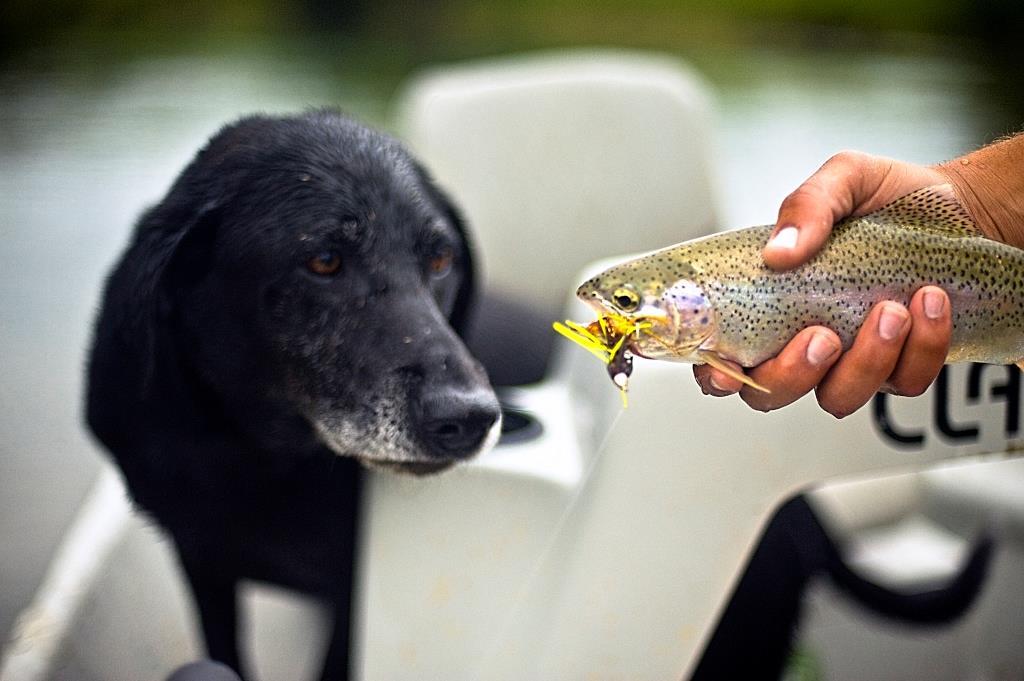 The founding and original member of the WCA fly fishing dogs. Trigger left us for the happy hunting grounds in the fall of 2016. He will forever be remembered as seen here in one of his favorite summertime positions, taking a couple of laps in the river, chasing birds or drinking brew.

Ruby hails from St. Anthony, Idaho—home of the Henry’s Fork. She likes all things outdoors and doesn’t care for slow fishing.

Alan the dog was born in Lake Andes, SD and spent his first few years in Georgia before moving to Victor full time with his owner and WorldCast Operations Manager, Cliff Knight. Alan is named after Cliff’s uncle, who has been critical in instilling Cliff’s passion for the outdoors. When not looking for birds in the woods, fields, or local rivers, Alan the dog spends his free time watching mediocre television and sitting on the couch. 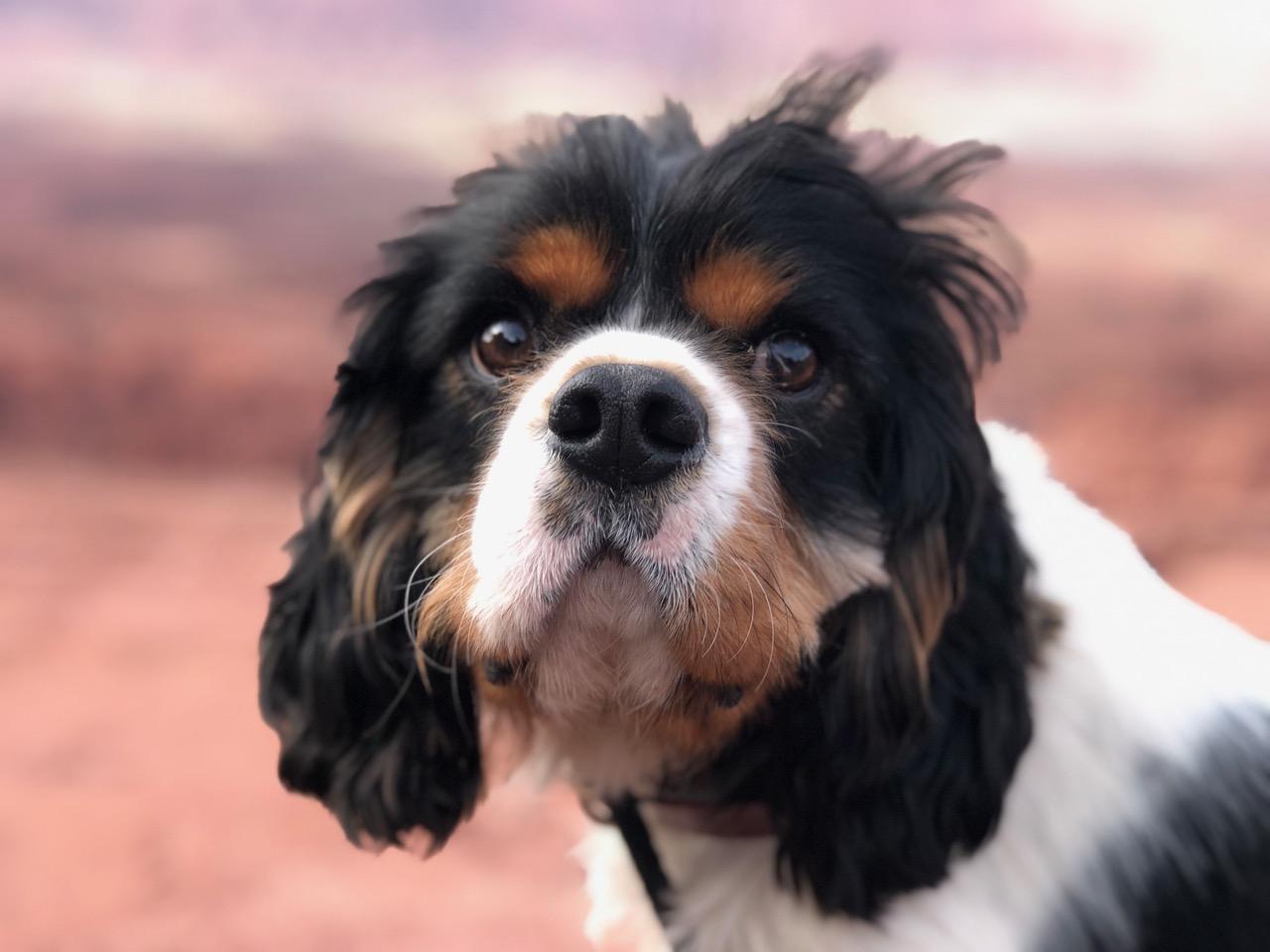 Dodge, a Cavalier King Charles Spaniel, was saved during the pandemic. A motor head at heart, his roots show through anytime he nears a running ATV or snow machine. He loves being in a drift boat and is learning his manners while wade fishing. Dodge’s brother, Tui, is teaching him the ins and outs of being a WCA shop dog and we appreciate your patience while he understands his new responsibilities. 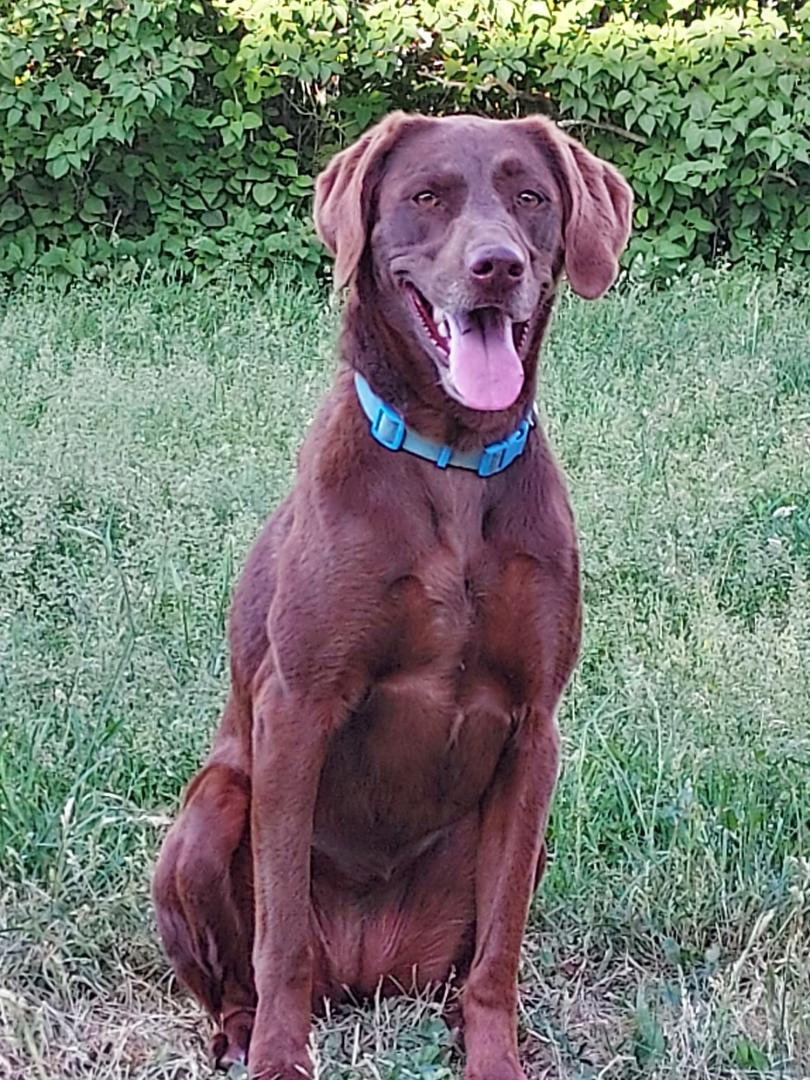 Ruth is an American chocolate lab from Blue Rock gun dogs. Many of Ruth’s brothers and sisters are are show dogs or field trial sporting dogs. Ruth will retrieve anything that her owner, Trevor Wine, makes fall out of the sky. Her Grandpa was a Best in Show Kennel Club Grand Champion.