Geordie oversees Grand Targhee Resort, WorldCast Anglers, Victor Valley Market, and a variety of commercial and residential real estate ventures in Teton Valley, Idaho. Geordie received a B.A. from Middlebury College in Middlebury, Vermont. He received Master of Business Administration and Master of Science in Finance degrees from the University of Denver in Denver, Colorado. Geordie and his family live in Wilson, Wyoming. 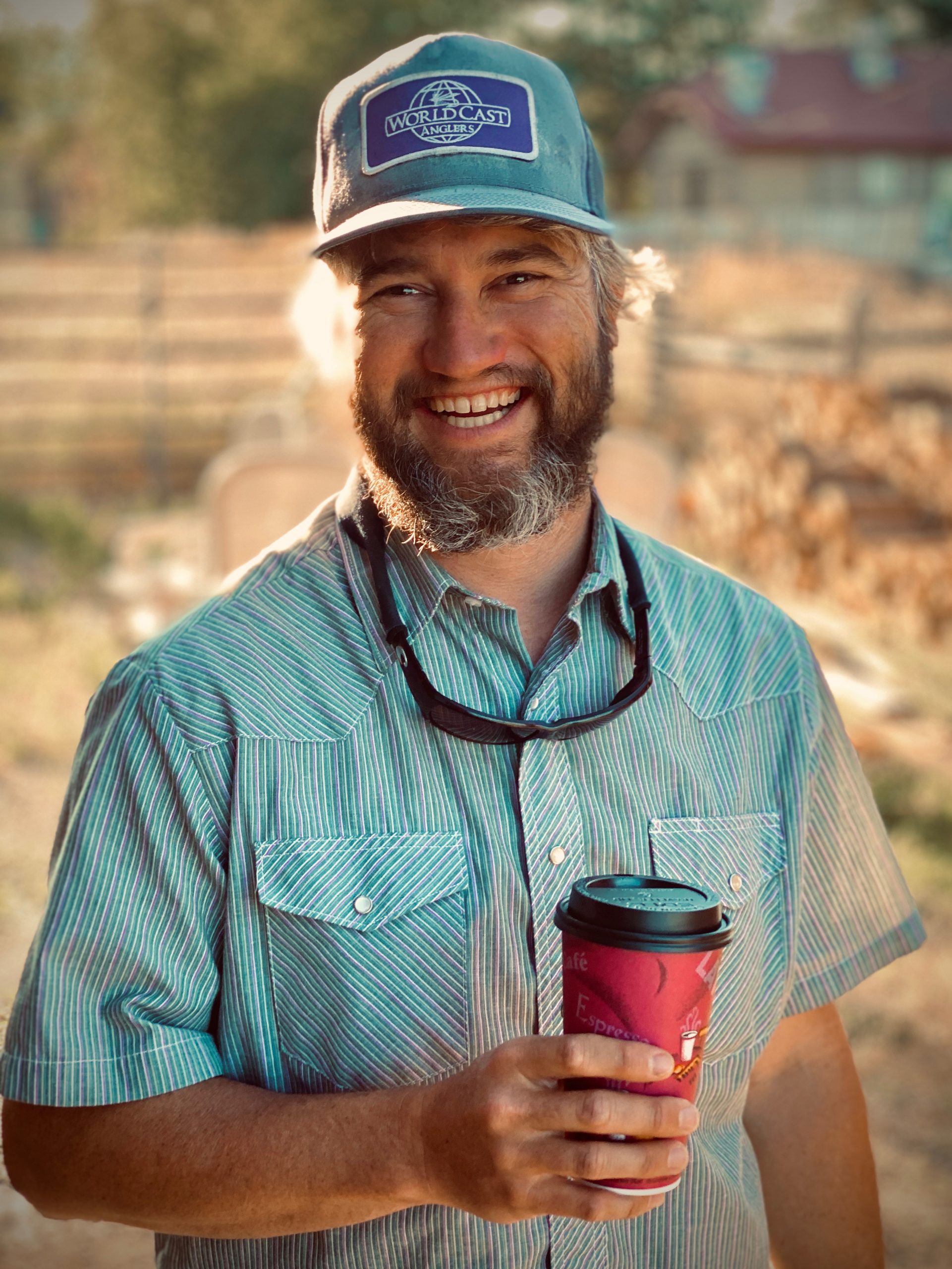 Mike grew up in Nashville, TN developing a passion for fly-fishing and hunting at a very young age. While attending Miami University, Mike created and implemented a fly-fishing program for the university’s Outdoor Education Center that included clinics, workshops, and trips for students and faculty members that is now listed as a Miami University accredited class. Upon graduation, Mike moved to Jackson Hole, WY and started his career with the Orvis Company, where he was named Orvis “Fishing Manager of the Year” for 2006. Mike has been featured on Trout TV and Seasons on the Fly and the Orvis Fly Fishing Blog (Mouse-Eating Monster of the Rividavia, Trout Bum XIV, Peacock Bass and More, Homegrown Tenkara, and Wyoming is for “Cutthroat” Lovers). He is a proud advisory board member for Casting 4 a Cure, a non-profit group that helps fund research and development for treatment and finding the potential cure for Rhett Syndrome. As a Teton Valley resident, he is an active Jackson Hole One Fly Board Member well as policy advisor for Idaho Backcountry Hunters and Anglers. When not fishing the local area rivers, Mike can be found big game hunter or chasing upland birds and ducks with his black Labrador retriever, Tui.

Chris grew up in Princeton, NJ while spending every summer from the age of one until eighteen in the Western Catskill Mountains of upstate New York. Upon learning how to fly fish for bass when he was 10 years old, Chris quickly became intrigued by the famed trout rivers of the region including the Beaverkill, Willowemoc, East and West Branches of the Delaware and the Main Stem of the Delaware. The eight summers spent on these legendary waters cultivated Chris’ intense passion for fly fishing which eventually lead him to the Western River’s Guide School in the summer of 2010. Chris worked for WorldCast Anglers for two summers while attending Trinity College in Hartford, CT. Upon graduating in 2012, Chris moved to the Jackson Hole area and worked as Assistant Outfitting Manager for WCA. Chris oversees the Destination Travel Department, providing global fishing adventures that meet the same level of expectations as the rest of the WorldCast experience. Chris has traveled to over 25 countries, lived abroad on three different occasions and fished on four continents in his lifetime. Chris has come to value travel and fishing as two of the most fundamental aspects of his life and is thrilled to help others in their pursuit of similar passions. 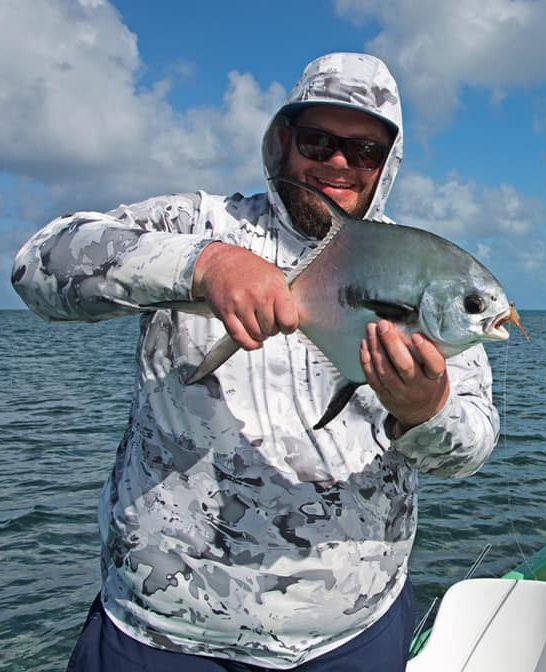 Tyler grew up in the Midwest chasing everything from bass, walleye and panfish of the local waters in Indiana and Iowa to the native brookies and other wild trout of the rivers and streams in northern Michigan. His passion for the outdoors is rooted and was shaped in the pursuit of the Eagle Scout rank during his years as a Boy Scout. These outdoor skills were honed while on a NOLS semester in the Southwest, also solidifying the need to move to the rivers and mountains of the West. This dream came to light in 2003, heading out to Jackson after graduating from Purdue University. Starting his time with WorldCast Anglers as a host at the famous South Fork Hilton, this relationship grew while managing the Jackson Hole Orvis for the next many years. Tyler graduated from the Western Rivers Guide School and became a guide while hosting at The South Fork Hilton a few years later. During those next few years, the saltwater bug brought him down to the Keys of Florida for a couple winters. Learning another aspect of fishing retail there, he also became an instructor at the Orvis Fly Fishing School of Key Largo all while exploring the massive Everglades to the flats of the Keys. Tyler recently served as Lodge Manager at Deep Water Cay in the Bahamas. Living in another country brought on tons of great learning experiences and allowed for many days of chasing bonefish and permit. It also reinforced the love for the USA and especially the yearning for the rivers and mountains of the West again. He is excited to call Teton Valley his home and proud to be the Retail Manager of WorldCast Anglers. 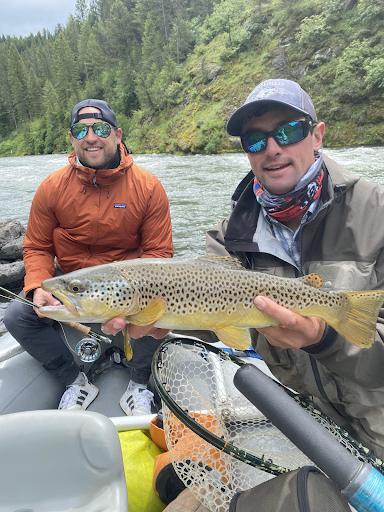 Cliff Knight was born and raised in the foothills of the Appalachian Mountains in Rome, GA. There he spent his youth fly fishing for striped bass in his backyard river, the Etowah River. While studying at the University of Georgia, Cliff spent his summers fishing around Jackson Hole, Wyoming, learning everything he could about fishing around the Tetons. Cliff graduated college in 2015 and moved to Victor, Idaho full time. The first thing he did when he moved to Victor was attend the Western Rivers Guide School with WorldCast. After a summer spent managing the WorldCast Cottonwood Camp on the South Fork and working in the WorldCast Fly Shop, Cliff began guiding trout fishing full time for WorldCast. During his time guiding, Cliff developed a passion for fishing the turbulent whitewater stretches of the Teton River and Henry’s Fork rivers. Additionally, Cliff spent the winter of 2019-2020 managing Casa Blanca Fishing Lodge on Ascension Bay, Mexico where he learned the art of permit fishing and running a guide operation on a remote island.  With a few successful years of guiding trout fishing for WorldCast under his belt, Cliff has made a natural transition into a management role with WorldCast. In this role, Cliff focuses on managing WorldCast’s domestic fishing operations, overnight camps, and building lasting relationships with clientele. In his off time, Cliff can be found ski-patrolling at Grand Targhee Resort, bird hunting with his dog Alan, and exploring remote fishing opportunities around the Tetons.