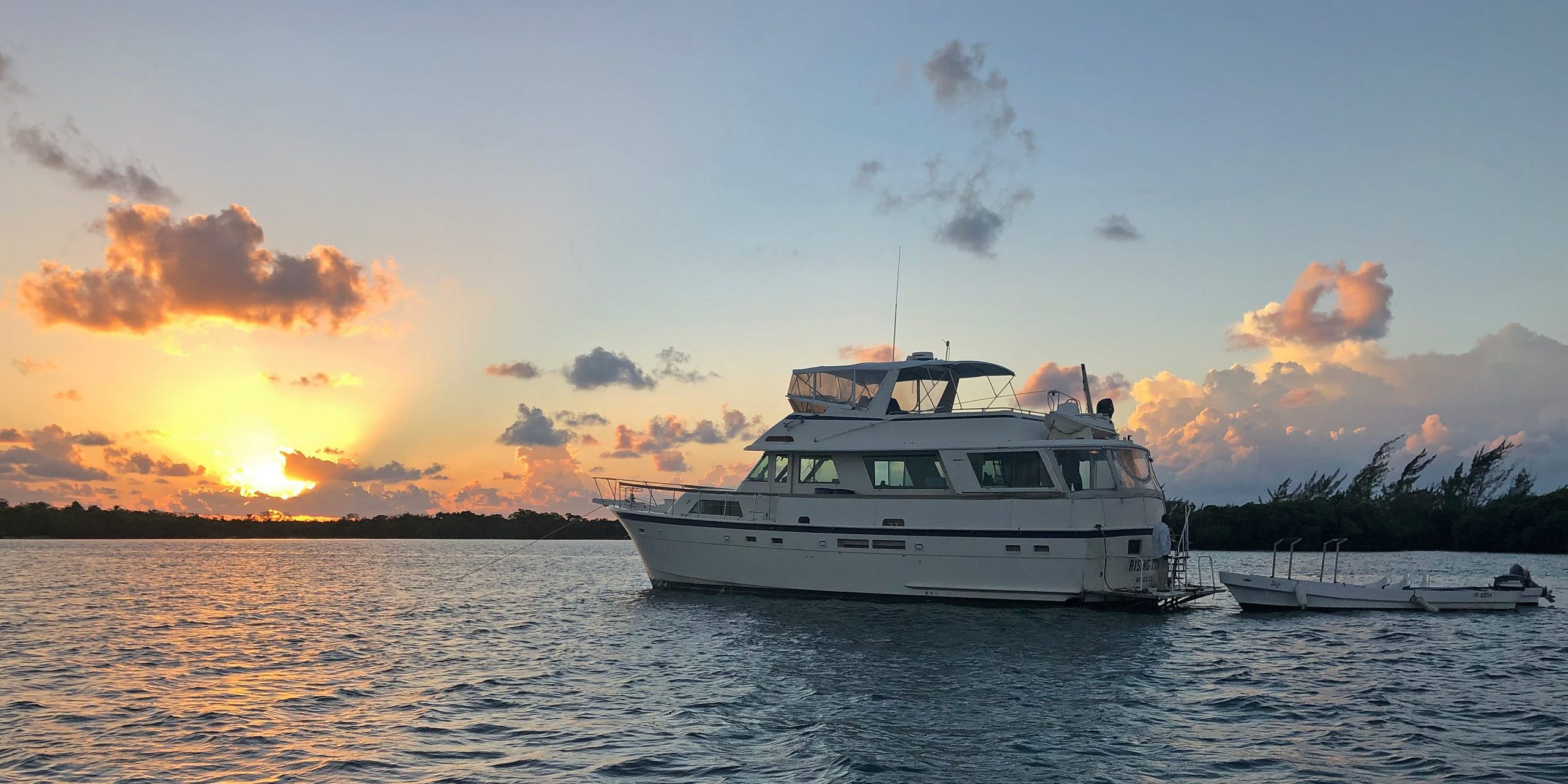 “It had been several years since I had been to Belize. Upon landing at Philip Goldson airport, it was a pleasant surprise to see that not much had changed. We were met at the airport by Captain Dean Myers. After a quick transfer south of Belize City, we arrived at the Rising Tide mothership. It was nice to get reacquainted with Captain Dean and Noel Westby, both of whom I had fished with in the past. I was joining Don and Marte Muelrath on this trip. Don has been aboard multiple mothership trips a year in Belize for over the last 30 plus years! Frank Jackson of California also joined us. Frank has been on the Rising Tide several times over the years. 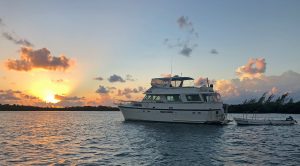 The Rising Tide is a 58’ Hatteras wide-body Motor Yacht that consists of three state rooms and a spacious living area. Their is an aft covered deck with a bar and seating area and the sunsets on the front of the boat are not to be overlooked. The entire inside of the vessel is air conditioned. 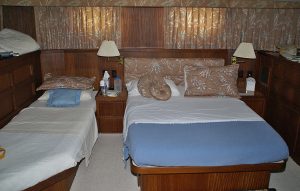 The Rising Tide can accommodate 2 – 6 anglers and up to four panagas.  While we were primarily targeting permit, the Rising Tide also specializes in trips for all of the flats species. At times, the Rising Tide can experience world renowned Tarpon and Snook fishing. The flexibility of the fishing program and the ability to control the fishing hours was extremely refreshing to me. I found it a major selling point for this style of trip. 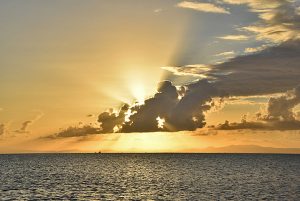 Every day we were on the pangas by six am and were fishing shortly afterwards. We were literally staying within minutes of the flats! It had been awhile since I have fished the sunrise every morning on a trip and it was a welcomed change. The sunrise hours produced a nice tailing fish to hand one of the mornings. Depending on how the fishing was, there was normally a short break around nine for breakfast on the boat and then it is back to fishing. Of course, if you are onto fish or seeing good numbers of fish, you might not even go in for breakfast. Depending on the time of the year and/or the sun angles, an additional break would take place between one to two for lunch. Following a   quick, anglers return to the flats until sunset. 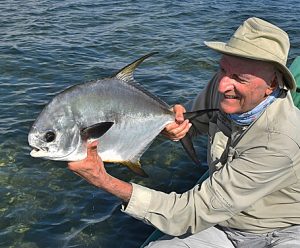 Several of the days we opted to pack a lunch at breakfast and stay out for the rest of the day. This allowed us to travel a little further to some additional areas. On this trip the mothership anchored at three separate locations as we fished down the reef. We anchored at the same stops as we fished our way back. 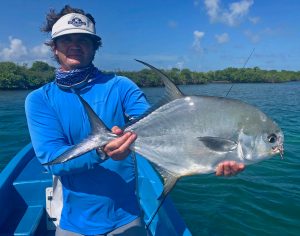 The lack of other boats while we were on the flats was simply amazing. We actually did not see another angler for the vast majority of the trip besides one afternoon when we ran into a couple of boats. The weather throughout the week was pretty good, especially for December. We did have several days of clocking winds and rain. That put a damper on the fish and the shots; however, overall it was a good weather week. 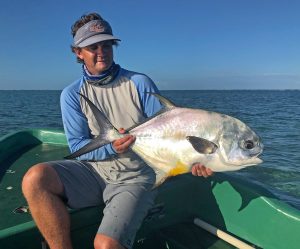 The last day we took a lunch and headed out to fish the reef. We had an excellent Permit fishing that afternoon. We did not find them on the interior flats close to the reef, but there was a good number of fish on the reef itself. One nice fish was fooled and had several other close encounters followed. The fish that we encountered during the week had an aggressive nature about them. Often at times, there was no need to set the hook as they would charge the fly. 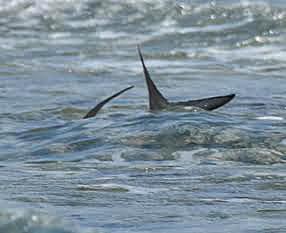 As sun was setting on the ride back to the Rising Tide, I could not help but think how nice it was to be back in Belize. The mountainous landscapes from the flats, the culture, the people, the food and last but not least the fish makes Belize unique. The Rising Tide is an incredible way to experience the fishing in Belize and I look forward to returning sooner than later!”

Contact WorldCast Anglers via EMAIL or at 800.654.0676 for more information about this trip.